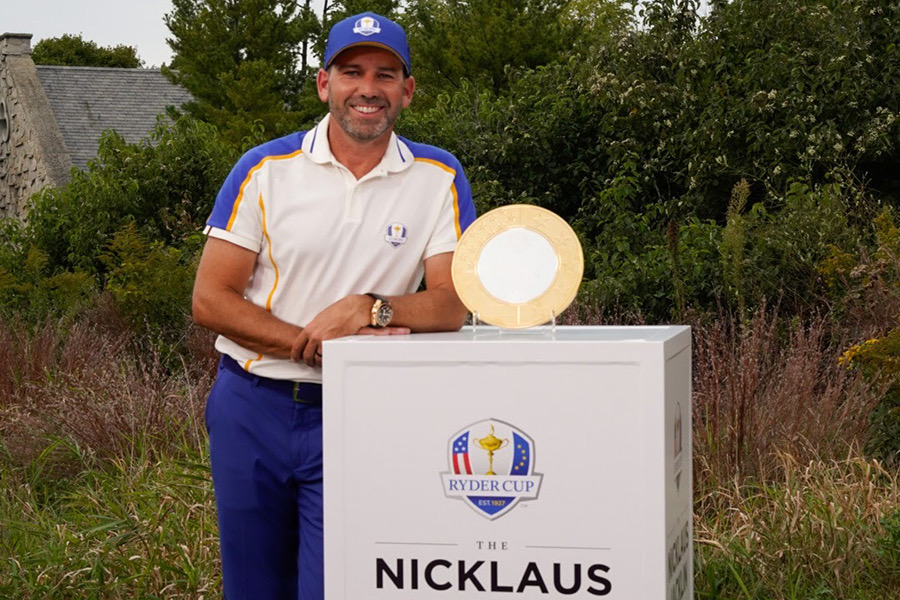 KOHLER, Wis. (Sept. 27, 2021) – Following the conclusion of the 43rd Ryder Cup at Whistling Straits, where the U.S. Ryder Cup Team won its second consecutive domestic Ryder Cup, 19-9, Dustin Johnson (U.S.) and Sergio Garcia (Europe) were named the inaugural recipients of the Nicklaus-Jacklin Award presented by Aon. The players were recognized as those who best embodied the spirit of the famous 1969 concession, when Jack Nicklaus conceded a 2-foot putt to Tony Jacklin for a halved match that resulted in the first tie in Ryder Cup history.

This new award commemorates sportsmanship, teamwork and performance in the context of better decision-making. These three attributes that were brought to the forefront by Johnson and Garcia also reflect Aon’s values and commitment to helping clients shape business decisions for the better.

Johnson arrived at the Ryder Cup as the oldest player on the U.S. Team and through remarkable teamwork in his partnerships with two rookies in Xander Schauffele and Collin Morikawa, he performed brilliantly to become the first American to finish with a 5-0-0 record since Larry Nelson in 1979.  The 37-year-old, playing in his fifth Ryder Cup, is the fifth player to go 5-0-0 in a single Ryder Cup, joining Arnold Palmer (1967), Gardner Dickinson (1967), Larry Nelson (1979) and Francesco Molinari (2018).

Showcasing his own appreciation for Johnson’s contribution to his teammates, Morikawa, who was paired with Johnson for three of his five matches, recognized the impact that Johnson had on his success.

“Obviously having DJ, he's an amazing player. I've said it all week, and I'm going to keep saying it, because he really is. He's a great guy and he really made these first two days a little easier on me,” Morikawa said. “Dustin has been one of the best players in the world for a long time, and it was amazing to have someone like that as my partner in my first Ryder Cup.”

“It’s a dream to go 5-0-0 in a Ryder Cup,” said Johnson. “For the first four matches, I had great partners in Collin Morikawa and Xander Schauffele. We played great together and gelled really well. I am so proud of my teammates and my captains and loved the help from the fans. This award is something to be very proud of.  All 12 of us showed great teamwork and came together as a team.”

Making his 10th appearance for the European Team, Garcia showcased teamwork and performance through the Thursday and Friday matches alongside fellow Spaniard Jon Rahm. Garcia and Rahm were the first European tandem since 1987 to trail 3-down through three holes and eventually win their match.  Garcia and Rahm’s teamwork resulted in victories in all three of their matches.

Garcia exemplified the love of his team with his comments and encouragement of teammate Rory McIlroy on Saturday, “I told him the absolute truth. I told him that not only me but the whole team is proud of him no matter if he goes 5-0 or 0-5; that we love him and that we are always proud of the effort that he makes and the heart that he puts into his golf and into the team. It's as simple as that.”

During Friday’s Foursomes match, Garcia made the decision to go for the green from 244 yards on the par-5 16th hole for what would be a memorable shot enroute to winning a point. With Garcia’s 3-1-0 record for the week, he became the all-time Ryder Cup leader in overall wins (24), overall points (27.5) and Foursomes wins (12).

“I love the Ryder Cup,” Garcia said. “We all know about the beautiful moment that happened more than 50 years ago between Nicklaus and Jacklin. I’m proud to be the first to win this award and thankful to Aon. I try to play the game to the best of my ability, but always with respect and I enjoy it. I enjoyed this week and I thought we played with good energy, which is important to show the young players that you can play with respect and have fun, even in defeat. I love my team. I’m so proud of all of them. I have so many amazing experiences and relationships with my team. I love the guys in that room.”

“We are honored to partner with the Ryder Cup to present the inaugural award that embodies so much of who we are and what we stand for at Aon,” said Clavarino. “Sergio Garcia and Dustin Johnson both reflected the spirit of this tournament by showcasing better decision making on behalf of their team and demonstrated excellence and sportsmanship.”

ABOUT AON
Aon plc (NYSE: AON) exists to shape decisions for the better — to protect and enrich the lives of people around the world. Our colleagues provide our clients in over 120 countries with advice and solutions that give them the clarity and confidence to make better decisions to protect and grow their business.

ABOUT THE PGA OF AMERICA
PGA of America is one of the world’s largest sports organizations, composed of nearly 28,000 PGA Professionals who daily work to grow interest and inclusion in the game of golf. For more information about the PGA of America, visit PGA.com and follow us on Twitter, Instagram and Facebook.

ABOUT RYDER CUP EUROPE
Ryder Cup Europe – which comprises representatives of The European Tour (60%), of the PGA of Great Britain and Ireland (20%) and the Confederation of Professional Golf through the vehicle of The Ryder Cup European Development Trust (RCEDT) (20%) – owns the rights of The Ryder Cup when the competition is held in Europe. The European Tour is the Managing Partner and has prime responsibility for all matters concerning The European Team; the PGA of Great Britain and Ireland is the Founding Partner; and the Confederation of Professional Golf is responsible for the management of the Trust, which is the Development Partner. Our Official Partners for The 2020 Ryder Cup are Aon, BMW and Rolex. For more information about The Ryder Cup visit rydercup.com 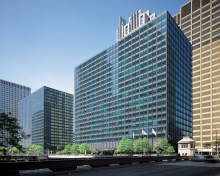 This starter position in the Research & Planning (R&P) Department was marked with moments of anxiety and frustration – my ‘class’ included two other rookies who seemed to catch on faster – this... 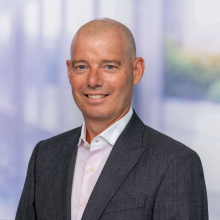 Fabrice de Waal, who, as CEO of the DDW Group from Amsterdam, sees with his own eyes the risks 'we' run when there is little regard for safeguarding one’s personally identifiable information. His idea?...

By Oliver Lombard & Jamie Kearney, Miller Insurance (London) Aside from the clear pandemic-induced impact on global supply chains, the frequency and severity of so called “Black swan events”...

As I write about my career in the insurance business, some of it will be uncomfortable because times have changed and what we did in the 1970s & 80s would be frowned upon today.  But we did what...
Load more...