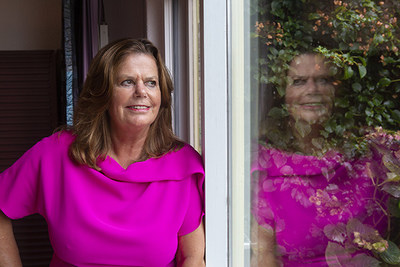 Marine insurance is the first business line to benefit

Blockchain has been long touted as a revolutionary technology with the potential to transform the insurance ecosystem by automating processes, increasing efficiency, security, data accuracy, fraud detection, and reducing costs.

The Eurapco Board and its Chairman, Luca Filippone, asked the General Manager of Eurapco, Wilma de Bruijn, to identify an opportunity for blockchain within the alliance. De Bruijn's first decision was to create a workstream with a specific goal: identify business cases across Eurapco partners where blockchain offers improvements to existing processes, encourages innovation, and helps gaining hands-on understanding of the technology.

"Trust and transparency are fundamental values we cultivate in the alliance and we needed to ensure these principles were further translated into our operations. Exploring blockchain came as a natural step in the creation of tangible and sustainable value for our partners", said Wilma de Bruijn.

In December, Eurapco, together with its Partners, Achmea, La Mobilière, Reale Group and B3i, delivered the MVP version of Eurapco Unity, enabling the transfer of facultative risks in a network of companies in the Marine Insurance.

Dieter Lammertz, Head of Marine & Fine Art, la Mobilière stated, "A new world of digitalization has opened up for us. Documents are quickly accessed and via a chat message the transaction is transmitted to all partners. All data remains in the blockchain and cannot be altered. I am convinced that we will generate considerable time savings and am already excited about what this system can achieve. In future, all accounts and claims handling will also be managed with this system, saving additional time and resources. Together we have built a great system that will open the door to many more future opportunities."

"The Eurapco Alliance is pioneering the adoption of B3i distributed ledger technology (DLT) while pushing the boundaries of admin free risk transfer within a defined group of peers and competitors. The Unity project is just one example of a common DLT use case, and this implementation is a great showcase for other risk pools. Eurapco acts as a framework enabler, establishing the rules and protocols to be followed by members to cooperate and share risks in full compliance, as respective requirements are already imbedded in the protocol. With DLT removing the need for unnecessary administration, users can focus on adding value," added Antonio di Marzo, Head of Products at B3i.

John Carolin, B3i CEO commented, "Eurapco has demonstrated a keen interest in understanding how it can use DLT to better serve its members. Working together to deliver this cutting-edge innovation has been an enriching exercixe. This is the first bespoke application built on B3i's Fluidity platform, and we are pleased to see that this has significantly reduced application development time, cost and complexity, enabling us to deliver the same for further B3i partners and third-party application developers. We look forward to further expanding Unity's functionality and scaling the business benefits this solution brings.

"Leading Eurapco Blockchain workstream is a great pleasure. Connecting Eurapco Partners in a first worldwide DLT-based secure network that allows them to focus on the business while automating a large part of administrative work is a highly significant development. We couldn't have achieved this without the ongoing support of the Eurapco Board, Wilma de Bruijn, B3i and many other colleagues who I would like to sincerely thank for their dedication. We are already looking forward to expanding Unity to new business lines, smart contracts, additional insurers and much more for 2021", concluded Ivan Lippa, Sr. Programme Manager Eurapco.

Eurapco is an Alliance of large independent European primarily mutual insurance companies. The Alliance consists of eight Partners that operate in 18 countries across Europe. Eurapco Partners aim to benefit from their involvement on the international stage to strengthen their ability to operate in their local markets and are unified in one goal: to create value together.

B3i is a global initiative owned by 21 major insurers from 5 continents and a diverse community currently comprising over 40 companies. B3i was founded in October 2016 as an insurance industry consortium, which then formed B3i Services AG as an independent company. B3i is building a broadly supported platform and protocol to address critical insurance industry needs through growing its network and developing partnerships with other company-led and industry-led initiatives throughout the world.