The Future of Work: Is Remote Employment the New Normal? 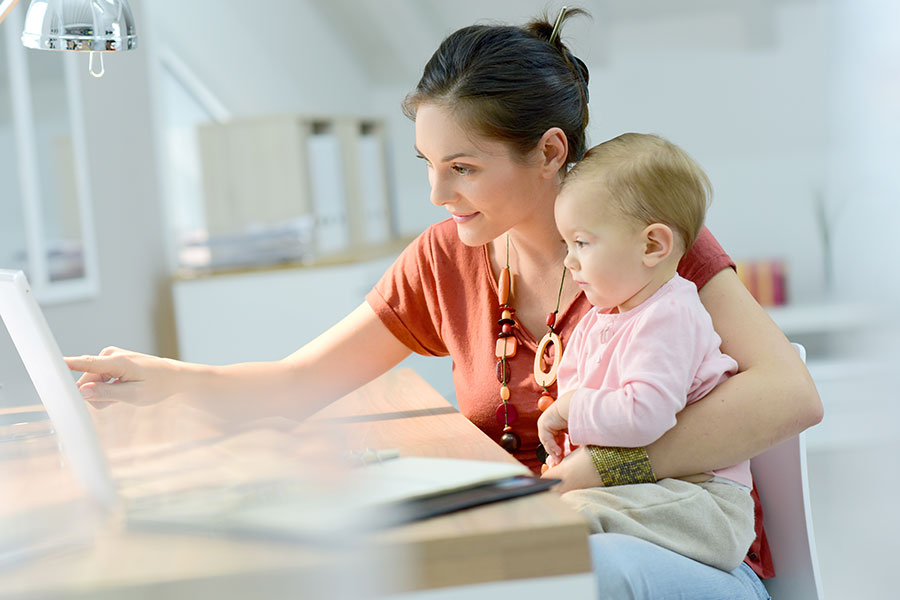 As government leaders weigh when and how to reopen their economies, a question looms over business owners who have been forced to implement remote work: what does employment look like in a post-COVID-19 world?

A staggering 26 million U.S. workers filed for unemployment in the past five weeks. And yet, in the backdrop of these alarming headlines is a less-discussed, newfound reality: millions of workers transitioned from an office to the confines of their homes with surprising ease. To be sure, remote work is an inconceivable luxury for some professions, especially among blue-collar jobs, but for the many who spend their careers behind computer screens, COVID-19 has exposed inefficiencies in our 9-5 workplace model. This pandemic begs us to consider the merits of a more flexible, remote work paradigm that has been gaining momentum since 2008.

Spurred by advances in telework technology, remote employment has gone from a rarity to commonplace within the past decade. No longer tethered to a cubicle and armed with a broadband connection, employees are able to produce the same caliber of work from anywhere. Global Workplace Analytics found that the number of people who work remotely increased by 140 percent since 2005. Prior to COVID-19, U.S. Census data indicated that 5.2 percent of Americans worked from home full-time, while 43 percent of Gallup poll respondents said they sometimes do.

Remote work is popular, too. In its State of Remote Work survey, social media management company Buffer found that 99 percent of remote workers would like to continue working remotely at least part time for the rest of their careers, citing a flexible schedule (40 percent) and ability to work from anywhere (30 percent) as the primary benefits. Given the rising demand, companies are increasingly offering remote work as a perk to recruit and retain top talent.

The Benefits of Remote Work

During the 2008 Great Recession, many companies downsized office space and encouraged employees to work from home to reduce overhead and realized that the benefits of remote work extend beyond cheaper rent. Initial studies on this topic have identified tangible benefits of allowing employees the freedom to work outside the office. For example, a recent Harvard Business Review study of U.S. Patent and Trade Office workers revealed that after a transition to remote work, employee productivity increased by 4.4 percent. A Stanford study of a 16,000-employee Chinese travel agency found that remote work increased employee satisfaction and halved the agency’s attrition rates.

While remote work remains popular among the workforce, commonly cited downsides include the inability to unplug, loneliness and difficulty collaborating. Humans are social creatures, so companies must weigh how to cultivate a healthy company culture in a remote work paradigm. For example, set aside a few days per quarter (or year) for productive, in-person gatherings and team bonding.

Upwork’s Future Workforce Report predicts that 73 percent of all teams will have remote workers by 2028. Will COVID-19 expedite this timeline now that companies previously resistant to remote work have been forced to implement it?

FlexJobs’ Millennial Worker Survey indicated that employees under 45 years old prefer to telecommute full-time due to its positive effect on cost of living and stress from commutes. Will the organizations that fail to adapt to these shifting demographic preferences be faced not only with a diminished pipeline of young talent but a costlier, less efficient business model?

For more insight into the nature and future of work, I recommend:

Julia is a public relations professional with nearly a decade of experience. She most recently worked at Bread & Butter – a hospitality PR & digital media agency with 13 offices nationwide – where she was closely involved in the growth of agency’s hotel and travel division that launched in 2016. Julia executes buzzworthy partnerships, creative activations and successful press trips on behalf of her clients, which have ranged from global brands like Marriott International F&B, The Americas to boutique Kimpton properties including The Rowan Palm Springs and Hotel Palomar Los Angeles – Beverly Hills.